Here I ask your opinion and feedback on specific aspect of the game, or feature I am working on.
Post Reply
15 posts

So I am not very satisfied with the way we exit seat currently.
So I wanted to know what are your use of them now that you have more experience in the game, to see how I could improve the exit process.
The difficulty is obviously for rotating seat built in tight space, but this case happens quite often in the game.

Right now the seat will try to remember entering position, and will push you back to it when exiting. It can cause some issue when used in seat that moved to a different position (ie like on the Banshee).

What I might do is to simply give you a way to do the setting yourself: ie you specify an exit direction by dragging an arrow to your liking. Default setting will be to the front.

So far, the seat system has been fine for me, but my seats have mostly been fixed or on sliders. When one does kick me into a wall, it's usually because I exited while the seat was still in the operating position - I pressed exit by accident. This isn't an issue with seats that don't have moving surroundings, of course, and usually I can just re-enter the seat to fix the problem.

I like the idea of setting the exit location, but I can't be sure until I see how that would be done. You've been pretty good at system design so far, so it's not like I expect to hate whatever solution you come up with!

I'd make the front the absolute default exit, with a check if there are any blocks obstructing so that the player character can't fit, if so it will find the nearest unoccupied area in which the character can fit and place him there.

Also, maybe if there were no available space, like the canopy is closed, then you couldn't exit your seat, to save yourself from accidental ejection. (Perhaps in case of a bug you could force your way out with a Shift modifier or something)

I think being able to link a seat to a brick/block/decal like in the image below to force a specific way of exiting a seat would be nice: 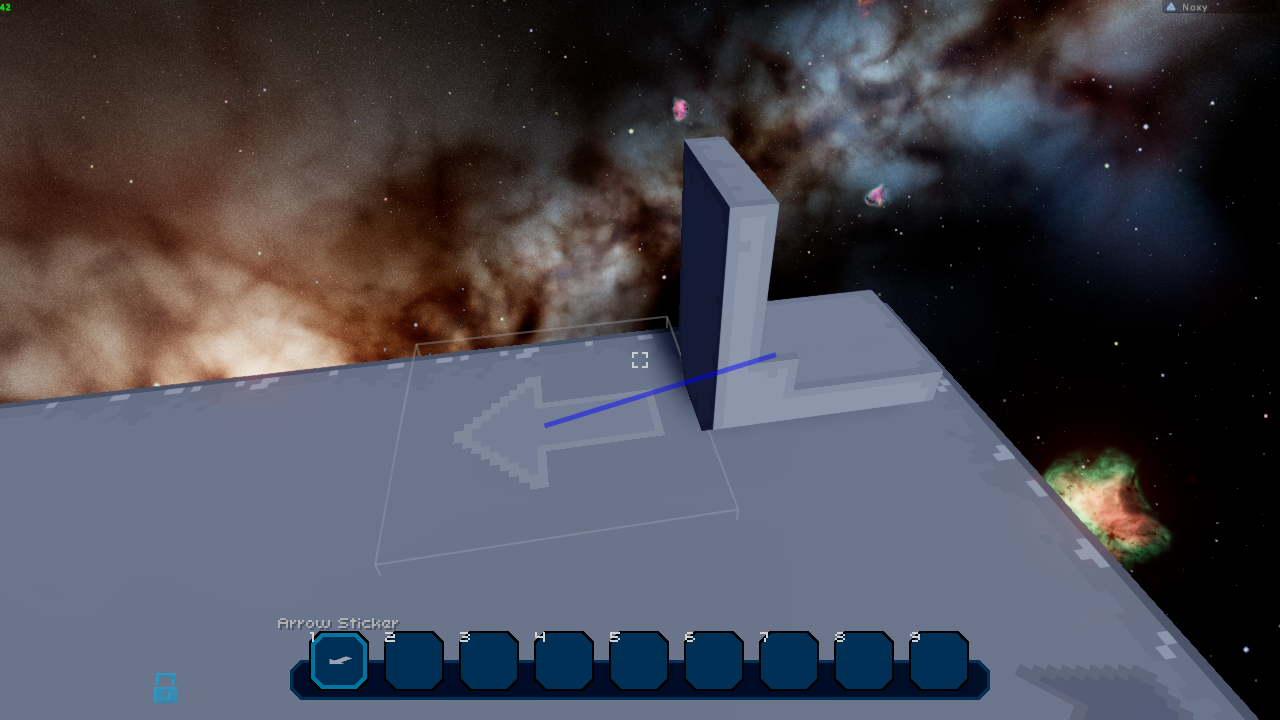 The unlinked behavior could then remain as it has been (possibly with added checks to make sure you aren't put inside walls).

I think the simplest solution is always have it exit to front.

If player wants to exit a certain direction have them program some rotating blocks.

Only issue i could see is if the seat was up high in a mech, youd have to jump to get in and then seat would exit you mid-air.

The latest Space moles experiments contain "Command Chairs" that are on sliders and rotating blocks, exitiing has been.... problematic

I would agree with the other suggestions, that directly in front of the seat (facing away from the seat) should be the default exit orientation. I do like the idea of being able to designate an "exit location" for seats as well, though. Could be handy for situations where the front is blocked (like a cockpit, the exit would be above the seat probably).

I like noxy proposition, it permiss all seat possibility

Dumb remark : Many design I've seen leave space above seats. Would it be possible to simply exit by standing atop the seat? Crouched if necessary?
It's the most fail-safe I can think of, it will prevent ejection outside of the ship, it prevent reappearing and push someone else, and it would work with extremely tight space.

Yes, exiting can be problematic in tight spaces. I think the arrow idea seems good, provided we can locate the arrow correctly. I have seats facing walls, so I don't want the exit to be front, or rear to be honest. Chances are there will be problems with builds that way.

Users browsing this forum: No registered users and 1 guest

Powered by phpBB3. Design and theme programming by LeMinaw.